A Response to Save the Trees of Grant Park

By Dan Jaul
I thank Save the Trees of Grant Park for their insightful response to the previous month’s editorial. I have been saddened quite a bit by the recent loss of trees in Grant Park. I was particularly disheartened to learn that the Master Plan for the park was ignored for the building of the Gateway Project. Why would the Master Plan have been ignored, and why would we waste our time developing a new one if it can be discarded as easily as a bunch of trees? I’ve lived in Grant Park for the last 18 years. I, too, learned of the project after I saw the orange Xs on many of the trees which I later learned would mark them for their impending demise to accommodate the building of an underground parking deck and a Greenspace. I have been told that this was a transparent process, that it had been on the agenda at several GPNA meetings. Yet by the time I learned about it, all that was left to salvage were a dozen or so specimen trees in the hands of the Tree Commission. I watched while the city’s well-dressed lawyers huddled and strategized and eventually quashed even that small ray of hope.
I use the park frequently. I shop at the Farmer’s Market, play occasional tennis and basketball, bike, walk, and attend festivals. It is a lovely park very much in the Olmsted tradition. Besides the loss of magnificent trees, the parking deck is destroying the innate hilliness that is so rare in Atlanta parks (but common in Olmsted parks) and creating instead a flatspace. The 350 additional parking spaces and new flat event space will worsen local traffic and change the feel of the park. Grant Park residents particularly should have been involved in this process and consulted long before it was left to the Tree Commission to try to rescue a few stragglers.
It upsets me to read that such major changes to Grant Park seem to have been so casually undertaken by the City of Atlanta. It concerns me, too, that if the Grant Park Conservancy were not complicit in this, they stood by silently while the project was devised and implemented. Today I walked by to see cement where once there were hills and trees and grass. I thank Save the Trees of Grant Park for their fight for the protection of the trees, and for calling attention to the opacity and heavy-handedness of this project.
As Atlanta continues to forge its identity as a city, this ongoing deforestation in order to accommodate more automobiles and more buildings seems a particularly short-sighted misstep. It baffles me that we would so readily dismiss the historical design and feel of this great historical park for the sake of more automobiles at a time when many of the world’s major cities are minimizing reliance on gas-powered vehicles and implementing more forward-thinking strategies such as devoting more resources toward mass transit. The Gateway Project represents city government at its greediest and most contemptuous. We all deserve a government more respectful of its history, its residents, its natural beauty, and ultimately itself. Please save the remaining trees of Grant Park. 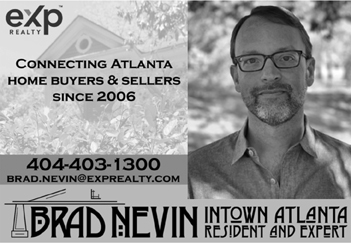