By Nancy Leighton
Two Custer Avenue residents helped police nab a suspected mail thief on August 20. The suspect knocked on the door of Robert Bowers and Bobby Wright in the late afternoon. The man began to tell the homeowners that he had their mail. Mr. Bowers was skeptical at first but stepped out on to the porch with the man while Mr. Wright focused on calling 911 to get the police on the way. The suspect, who appeared to be intoxicated, continued to talk to Mr. Bowers. What convinced Mr. Bowers that the man did in fact have his mail was when he told him about several items in the mail. One was a product that had been ordered from QVC and the other one was a credit card.
Next the suspect made a gesture by patting the palm of his hand and said that he would be willing to return the mail if Mr. Bowers would “help him out” and drive him to an unknown address on Jonesboro Road where his sister had the mail. Mr. Bowers knew better than to be victimized twice so he declined that offer. At that point the suspect began to move down the porch steps and down the driveway towards the street. Mr. Bowers went with him to try to keep the man from walking away. He told the suspect he could get him a ride and he had a ride coming.
When the police got there, the suspect gave his name but refused to give his address because he said his sister was there, she was a fugitive of the law, and if the police had the address they could go there and pick her up. He was charged with disorderly conduct and put in the squad car. The preliminary hearing was to be within 24 hours.
When the police drove away, Mr. Wright got on the phone with City Council Member Carla Smith to ask for assistance in understanding the steps in the judicial process. Council member Smith has been working for years to encourage everyone to call 911 if anything is amiss. She has asked everyone to watch out, whether at home or driving down the street, to see if anything is going wrong, and to call 911. Most crimes are witnessed by the public and not the police. The private citizen has got to get involved if there is going to be a reduction in crime. Council Member Smith suggested that Mr. Bowers and Mr. Wright start by talking to the new Zone 6 Major, Tim Peek.
The next day Mr. Bowers and Mr. Wright talked to Major Peek and told him everything that happened. Ms. Smith made some inquiries and kept in touch with the two men to give them an update. In the early afternoon the men called the postal inspector’s office and told their story. The inspector assured the men that he was very experienced at interviewing mail theft suspects and had often recovered stolen mail for victims. Mail theft is not a minor crime. The victims of mail theft can experience years of expense and worry about the misuse of their identity. It is a federal crime, and the federal government has more stringent incarceration rules than city, county, or state government.
When Mr. Bowers and Mr. Wright got to the courtroom, they met with the Victims Assistance Advocate. Then they met with the prosecutor L’erin Barnes and learned that the charges had been increased to better reflect what happened. The final charges in the indictment were listed as DC SEC 5-FRAUD SCHEMES/DEVICES. When the suspect’s case came up, the prosecutor asked for $10,000 bail and the Public Defender asked for $1,000 bail. The judge settled on $7,000. Mr. Wright and Mr. Bowers were elated because it meant it was likely that the suspect would be in jail long enough for the Postal Inspector to interview him and perhaps add more charges. The men plan to see this case through to the end in hopes another troublesome criminal can be kept off neighborhood streets for a long time.
Mr. Bowers wants everyone in the area to be aware of what should be coming in the mail and pay attention if anything could be missing. Call the Postal Inspector in your zip code if you suspect mail theft. Mr. Bowers also noticed in court that a lot of cases were dismissed because the victims did not show up in court to witness what happened and what harm was done. The police did their job to pick up these suspects but now they’re back out again because citizens did not come to court and testify about the alleged crime. Mr. Bowers also asks everyone who can to participate in the city’s Court Watch program to let the judges know that the public wants convicted criminals to be locked up and to pay for their crimes. 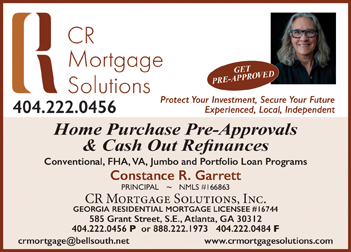